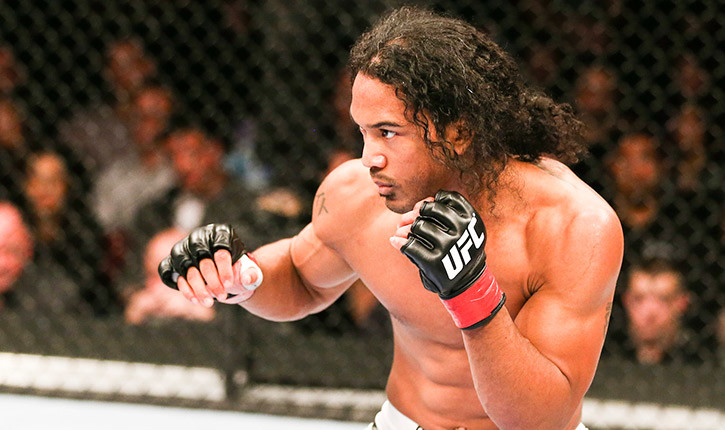 The co-main event that night was a third meeting between former UFC champion Benson Henderson and top contender Donald “Cowboy” Cerrone. Cerrone lost the first two encounters, but extracted his revenge that night by taking a closely fought unanimous decision from smooth.

Something changed that night for Henderson, it appeared from his face as the results were read out that he disagreed with it, (as did a reported 12/14 media outlets scoring that night). But it was in his post fight interview with Joe Rogan, that the first signs of the new Benson Henderson were appearing.
“Anybody, anytime, anywhere I don’t care. Dana White, Joe Silva sign me up for next weekend, let’s go!”, is what smooth screamed into Joe Rogans microphone that night. But something was different about the delivery, it was angry and coarse, and more than ever before, it seemed like he really meant it.

Before the fight with Cerrone, smooth had a fairly good reputation with the fans and the UFC brass. He was known as a hard working fighter, former champion and man of God. He was criticised however for his lack of finishes in the cage and more importantly his killer instinct and aggression, that seemed to lack en route to eight decision victories in the octogan.

Something changed after the Cerrone fight however, Henderson seemed to have a new hunger and a new drive for competition again, proving which by immediately signing to fight Jorge Masvidal in April, only to nix that bout and take a fight on two weeks notice, against the heavier much larger welterweight prospect Brandon Thatch.

The new reputation had began, he had just started to call a few names out on social media. And the audacity alone to accept a fight with Thatch on such short notice had garnered some new respect from the fans and attention from the media. 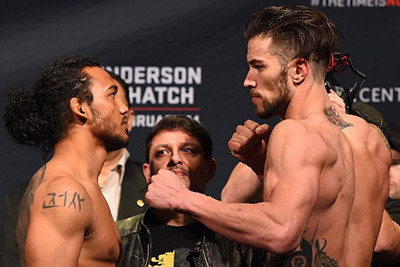 When Henderson and Thatch weighed in for the fight it looked like David and Goliath, the size difference was huge, and it seemed like smooths readiness to compete, may have gotten him into trouble. Benson Henderson entered the fight that night a new man it seemed though, hungry and anxious to compete and put right the cowboy loss.

The first round looked like a trend set to continue with Thatch hammering Henderson with hard leg kicks and punches. In the second round, it was a different story, The former UFC champion utilised his ground game and took advantage of the bigger mans weakness by getting him to the ground. At 3.58 seconds of the fourth round with Thatch tapping to a rear naked choke, the crowd were on their feet. Not only were they applauding a fantastic performance, but they were cementing to Henderson that the new version of himself, was being well received.

Since the victory that night the new Henderson seems to be going from strength to strength in the eyes of the fans, recently calling out Rory Macdonald, Tyrone Woodley, Anthony Pettis and Michael Johnson to name a few. The fighters themselves are joining in the fray as well, responses have ranged from aggressive to humourous, but they have all taken the time to respond. Indicating they also are very aware of the new smooth.

It gets him a breather from the perennial contender role he has played for so long. It gets him a new freedom to roam two divisions, taking matches that may not have title implications, that he may just enjoy competing in. And it gets him the freedom to do all of this with the cheering, not the scrutiny of the fans. In fact by not focusing on rankings, and not trying to please matchmakers or climb the ladder to title shots, he may just achieve both.