Benson Henderson To Remain At 170 But Is That a Smooth Move?

In November the UFC will make their debut in South Korea, and topping the bill will be a welterweight match-up between ‘Smooth’ Benson Henderson and Thiago ‘The Pitbull’ Alves.

Two years ago this would not have been a fight that many would have been anticipating. Henderson had just lost his UFC Lightweight title to Anthony Pettis, and without taking anything away from Pettis, it seemed to be an amateurish lapse in concentration from Benson that set up the armbar, and Pettis duly obliged. Alves, on the other hand, had just returned from a two-year hiatus from the sport.

Henderson versus Pettis 2 was a much-anticipated affair but not many would have predicted the first-round stoppage for either competitor. Benson was humble in defeat and gave props to the new champion, even if there was an air of self-reproach from the former champ. Even in the wake of a first-round stoppage, you would have been a brave man to have bet against seeing Henderson Pettis 3. 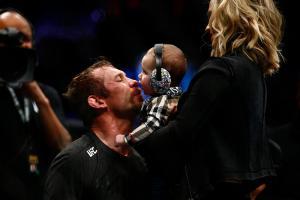 Fast forward two years and unfortunately we are no closer to the final instalment of the trilogy, in fact, we’re further away, 15 lbs away to be exact. Despite bouncing back from his title loss with two consecutive victories, subsequent losses to Rafael Dos Anjos and then controversially to Donald Cerrone was enough to send Henderson packing from the 155 lbs division to the land of the welterweights.

In an era full of weight division changes, most would have thought the more logical move would be to the featherweight ranks. Benson stands at only 5ft 9in, the same height as Interim Featherweight Champion Conor McGregor, and the two men also share similar frames in build. But in saying all that, if you have ever seen the depleted complexion of Conor when he hits the scales at 145, you can forgive Henderson for not putting himself through that strenuous weight cut.

Benson Henderson And His Move to Welterweight

Henderson’s jump to the 170 lbs division was made even more startling when you take into consideration his opponent, Brandon Thatch stands 6ft 2in tall and could easily compete as a middleweight. Thatch was an up and coming accomplished finisher with an 11-1 record, all but one of his victories coming via KO or submission. And so it would be, the stage was set for a modern-day David versus Goliath.

David beat Goliath again and the pair collected fight of the night bonuses along the way. Indeed it was a stellar performance from the little man in the octagon that night, proving to be far too quick and elusive before finishing the job with a hugely impressive rear-naked slaying. There is an old saying “a good big one will always beat a good little one”, well I don’t know anything about that, but I do know that in this case a good big one was beaten by a very good little one, the elite in fact.

Benson Henderson was back. He had his little vacation away from lightweight and now it was time for a rejuvenated return, better than ever, and ready to lay claim to the crown he once wore so proudly. Michael Johnson was the name being rumoured for his comeback, a fight that made a lot of sense given that Johnson was riding the crest of a powerful wave after victory over the very highly rated and dangerous Edson Barboza.

The bout never materialised and it was announced then that Henderson surprisingly would be continuing at welterweight and would take on Thiago Alves on the UFCs maiden voyage to the home of Benson’s ancestors, South Korea. There is no doubt Henderson vs Alves is a mouth-watering clash, and a very winnable one for Henderson as well, but then what? Where next for the former lightweight champion should he defeat the number 13 welterweight?

Is Jumping from Light to Welterweight A Good Idea? 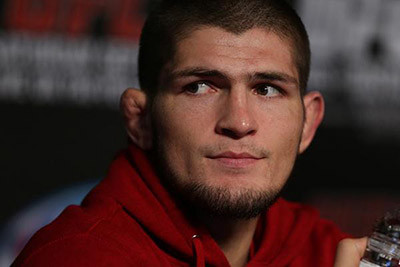 If Henderson continues to rise through the welterweight rankings, obviously he will continue to fall down the lightweights. Time may not be on Benson’s side if he has plans on making a return to 155lbs. The division is fast becoming swamped with men making a move for a title shot.

Donald Cerrone faces champion Rafael Dos Anjos in December and waiting in line for a crack at the winner is the likes of Khabib Nurmagomedov, Eddie Alvarez, Edson Barboza, Anthony Pettis and not to mention the potential arrival of ‘The Notorious’, and I’m sure very welcome to the division, Conor McGregor.

Look at the lightweight rankings and it’s very hard to make a claim that Henderson would stand no chance against any single fighter. The same couldn’t be said in terms of the welterweights. When you think about potential bouts, a match-up with Rory MacDonald, for instance, would be a very difficult one for Benson, given the Canadians height, physical advantage and outstanding grappling game. Carlos Condit is another one like Thatch Condit would have a 5-inch height advantage, but unlike Thatch, Condit is one of the very best welterweights in the world with devastating striking.

Henderson has already beaten some of the best the lightweight division has to offer. Wins over names like Nate Diaz, Donald Cerrone (arguably twice), Gilbert Melendez and Frankie Edgar twice (arguably once) certainly look good on the CV. Should the former champion make his return there will be no shortage of potential mouth-watering battles to look forward to.

Henderson vs Pettis 3 In The Future?

It could be set up perfectly for Henderson Pettis 3 by spring 2016, assuming Anthony overcomes a tough task in Eddie Alvarez on January 17. Both men will have learned so much about themselves in the past twelve months and could be potentially both physically and mentally better than ever. Another interesting trilogy fight may be available in Donald Cerrone, should ‘The Cowboy’ come up short in his title fight with Dos Anjos in December.

One thing’s for sure, the UFCs lightweight division is a place filled with incredibly gifted and exciting martial artists, and ‘Smooth’ Benson Henderson certainly doesn’t look out of place standing across the octagon from any of them. In fact, he’s supposed to be there, it’s his home. And should he decide to return to his natural division, don’t be too surprised to see him make a run at his old title in a division that promises so much for 2016.