Bellator MMA in New York And the ramifications

For much of the last decade, the UFC enjoyed as close to a monopoly as is imaginable. Affliction rose up briefly until Josh Barnett and his failed drug test put that to bed. EliteXC spent a ton of money and had a network partner until they stopped feeding Kimbo Slice bums and gave him a real fight. Bjorn Rebney’s Bellator and Ray Sefo’s World Series of Fighting have posed a minimal challenge. The only two real competitors, Pride and Strikeforce, were both eventually acquired by Zuffa when the time was right.

Now though, a real challenge may have arisen. Backed by a multi-billion dollar conglomerate, in bed with long-time UFC partners Spike TV and fronted by one of the only successful promoters (not named Dana White) the sport has ever seen in Scott Coker, the new iteration of Bellator is a legitimate potential threat to the UFC’s dominance. 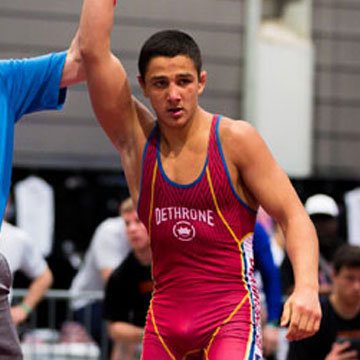 Though the strategy of signing up out of contract UFC fighters is not a new one in the world of MMA, or even in Bellator (see; Kongo, Cheick) seldom have a promotion been this aggressive.

And never have a promotion had such success in poaching elite-level talent that the UFC still want.

In fact, the only comparable situation was Strikeforce’s signing of Dan Henderson. Despite the fact that we thought Dan was slightly over the hill (you remember Dan Henderson right? The guy that basically beat the UFC Middleweight Champion in 2016? Yeah, him) he was still a big draw.

Scott Coker Takes Over At StrikeForce

With Scott Coker in charge of Strikeforce, they smashed him over in every single piece of promotional airtime they had. Think ‘Ronda Rousey UFC 207’ but worse. As far as Strikeforce and CBS advertising were concerned, Hendo just had to turn up to be crowned Champion. Anyway, Jake Shields didn’t give a f$%& about that and won a clear unanimous decision, thus destroying Coker’s cash cow.

And Britain’s own Michael ‘Venom’ Page; and all of a sudden Bellator have a roster to appeal to the casual fan and the hardcore, and that’s how you make money in the fight game.

Anyway, on to the point of the article, Bellator has booked a PPV on June 24th at Madison Square Garden, and it has a tasty looking card. A grudge match several years in the making headlines, as MMA legend Wanderlei Silva takes on his arch-nemesis, and Scott Coker’s new go-to hypeman, the American Gangster himself Chael Sonnen. 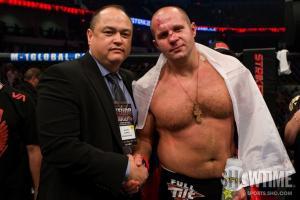 Oh yeah, also on the main card, fighting in the US for the first time since that fateful loss to Dan Henderson back in 2011, is FEDOR EMELIANENKO. The man many slates as the all-time greatest pound for pound fighter in MMA is back to fight Matt Mitrione.

Now free of kidney stones and ready for the biggest fight of his life. By any standards, that card is worth your pennies and pounds.

The date has been very carefully chosen, with no major boxing events set to take place that weekend, and the UFC not going head to head as they may one day have done (instead of having an FS1 card the following night headlined by Michael Chiesa vs Kevin Lee), so there are no excuses.

And I am now going to explain to you why I think the butyrate of this PPV might be the most important piece of information in the history of this sport. 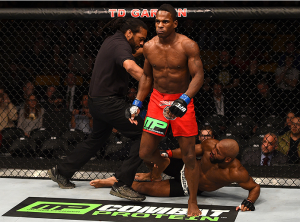 Bellator did a PPV before. Tito Ortiz vs Alexander Shlemenko, King Mo vs Rampage and Will Brooks Mike Chandler fought on it. Bjorn Rebney said it did 100,000 buys. As we’re friends, I can tell you ‘lol no it didn’t’. But that card was nothing like this one, and Bjorn Rebney is nothing like Scott Coker.

If this card does well, they will double down on that strategy. They’ll target free agents even more aggressively, they’ll promote their stars even more visibly. If this show bombs, there is a solid chance they pull the brakes on all of those things.