BAMMA 30: Three Reasons to Get Down to the 3e Arena

BAMMA 30 throws down this Friday in Dublin’s 3e Arena. And by no surprise, it’s a stacked card featuring some of Ireland’s brightest prospects. There are also a few seasoned veterans in there representing the Emerald Isle of course.

A big crowd will be expected as we Irish never fail to come out and get behind our warriors. If you can’t make the event the prelims are being streamed live on Facebook and the main card over on channel Dave on the telly.
It should be a fun card from top to bottom. So here are our three reasons, in particular, we think every MMA fan Ireland should be tuning in.

Alan Philpott Fights for the Title 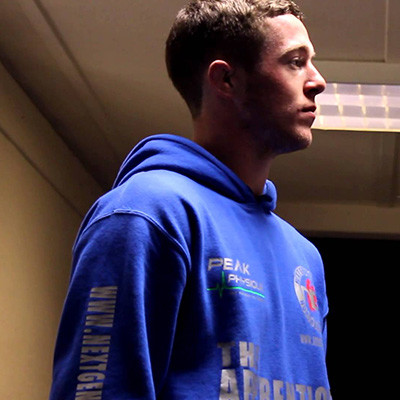 County Antrim’s Alan Philpott has long been a contender in the BAMMA Bantamweight division. He’s already had one crack at the title against the highly-rated Tom Duquesnoy. W

ho now applies his trade in the UFC. There is no shame in losing to Duquesnoy and Philpott’s opponent on Saturday night knows all about that himself.

Shay Walsh has already held the 135lbs title but lost it in devastating fashion to Duquesnoy in May last year. Walsh and Philpott have had their eyes on one and other for a long time and Duquesnoy’s vacation of the belt couldn’t have come at a better time. This collision course will eventually come to a head in the main event this Friday night.

The Ballymena man possesses some serious speed in his striking game, possibly the fasted in the division. Walsh brings an aggressive kickboxing style to the table and likes to press forward relentlessly. With a combined 20 finishes between the pair this promises to be a barn-burner of a main event. 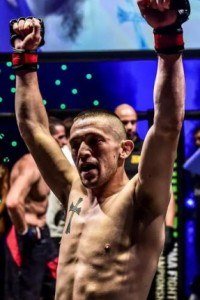 This all-Irish battle features two of the most promising fighters on the island. ‘Skeletor’ McKee (5-1) is coming off his only career loss and is hungry to jump right back onto another win streak. Rhys’ five wins prior to his loss all came via finishes so there is no denying the talent this young man has.

There is also no denying the talent his opponent on Friday has. Richie Smullen is as slick as they come, especially when the fight goes to the ground. He is riding an undefeated three-fight win streak as a professional with two of them coming by way of top-quality submissions.

The SBG fighter is obviously reaping the rewards that come with training with high-level grapplers such as Gunnar Nelson on a daily basis. He will look to take this fight to the mat and it will be fascinating to see how he implements his game plan. It won’t be easy though as McKee is excellent at using his long limbs to control the distance using a variety of strikes.

Ryan Curtis is a product of SBG Charlestown and trains under Conor McGregor’s striking coach Owen Roddy. ‘Chaos’ looks the real deal and seems to have all the qualities necessary to reach the top of the mixed martial arts world. He’s very energetic as you would expect from these flyweights and displays a mature temperament inside the cage. 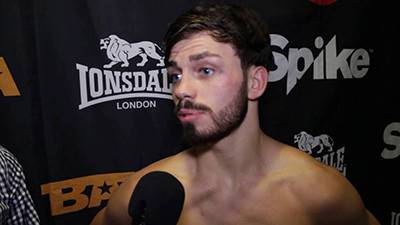 Curtis also realises that how one carries themselves can be an advantage when climbing the ladder of this highly competitive sport. He approaches his contests with obvious confidence and real swagger about his personality. And he should be confident.

Two of his four fights have come via first-round stoppages but his most impressive was his last time out.

In front of his hometown, he totally dominated his opponent, mixing up his striking and grappling to beautiful effect, despite breaking his hand early in the fight. On Friday takes on fellow 4-0 fighter Daniel Barez from Spain and will have his sights firmly set on stealing the show.