The Next Generation of Irish MMA fighters

Bamma 24 kicks off on February 27th at the 3 Arena in Dublin as the promotion looks to put on another great night of fight action for the Irish fans, with a host of talent from Ireland and Europe looking to once again make a statement. No more so than the four fighters from Next Generation Ballymena who will be making their way south to Dublin.

And looking to stamp their name on another showcase event. We threw a few questions their way to find out how things have been and how they see things playing outcome fight night.

You had a win over a seasoned fighter in Sean Tobin at BAMMA 22. Did that fight go as you had expected? 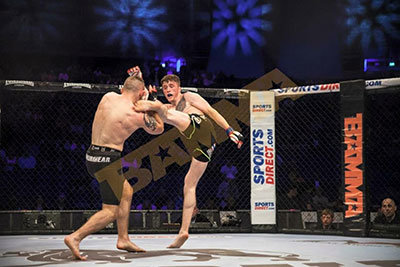 My debut on BAMMA against Sean was a strange fight for me, To be honest I never have a plan for a fight, I just always go in with the attitude of I’m here to fight, it’s what I love to do. But Sean did a good job of scoring takedowns, which gave him a round or two.

After the fight though I thought I could of put more effort into defending his attempts or even added my own attempts. He was a tough guy & I have a lot of respect for him after that fight! I have a lot more of my game to show & that’s what drives me to produce a better product each time I fight.

Obviously, you have had a change of opponent. What if any differences do that make to your preparations?

To be honest, the change of opponent doesn’t bother me at all, I’m aiming to better myself through this sport & it doesn’t matter who the opponent is, I’m here to fight, that’s what I’m paid to do & it’s what I love to do! I don’t really have a fight camp, I train all the time, so I’m always learning, the only difference is upping my intensity through training & adding new things to spark an interest in my mind.

With a win over Tuke who has been building his own hype train. Where & what next for Mark Andrew?

Tukes doing well for himself through media, he’s an interesting fighter & has a different style to many guys.
But to be honest, he’s another fight, it doesn’t make a difference to me if I fight him or anyone else! I have respect for him like I do any other opponent.

A win over him will boost my media content, which I’m not even bothered about. I’m here to fight, & I know he’s here to fight also. It will be a contest & I’ll be there to prove that I’m the road to the top of this game. This will be a fight to watch!

After the fight I will be looking to get matched up again for a fight maybe June time as I’m looking to make my journey to the top. I don’t know names, so whoever my coach thinks that will put me there.

The last time we saw you was against John Redmond where you pulled off a slick submission win. With a win against such an established pro. What was your immediate reaction after the fight? 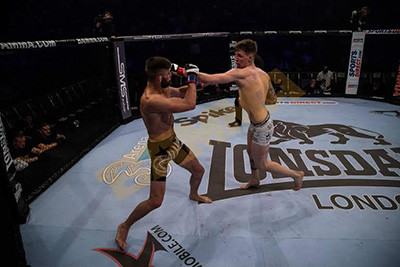 My thoughts before the fight took it as any other fight and enjoy it I knew I’d relish and shine under the big lights! Immediately after was amazing with an arena like the 3 arena the noise and atmosphere was scary, so its hard to describe what I was feeling!

Your opponent Paul Lawrence has been around the Irish scene a long time, another vet. What are you looking for from him in this bout?

Paul’s a tough opponent I’m expecting him to come well prepared, but I’m not too bothered about my opponent. I just keep focusing on myself and improving, the rest will take care of itself. I’m confident and prepared for this fight.

Your building your own hype right now. Where does Rhys McKee see himself in the division with another win at BAMMA 24?

I see myself calling out the big dogs. I want to get into title contention asap. I know I’d give any of them a hard fight!!

Following your loss to Ed Arthur at BAMMA 20. You bounced back with a win over Regis Sugden. What were your thoughts after the Arthur fight going in against Sugden.

It’s a crazy sport we are in. The Ed Arthur fight, I learned me a lot about myself. I lost concentration and in this game you can’t be doing that. I was expecting a tough restless fight but it felt more like a spar. I got too involved with the media and the build up and it took my mind off track. I don’t need to be in the spotlight all the time and that’s the difference now as before all I wanted was attention and hype. Don’t get me wrong if there’s something to be said, I’ll say it. Even with Regis there was banter and back and forth shots across media, but I knew when to draw the line and switch on at the right time. 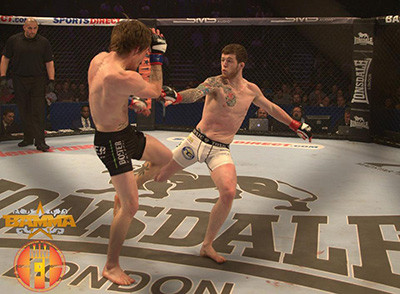 Are you the type of fighter who goes in with a gameplan or do you work on the fly and rather feel your opponent out?

I have an idea of what I’m going to do but a lot of the time things change and I just adapt to the situation. I try not to focus too much on one thing.

What can you tell me about your opponent Nathaniel Wood? What are you expecting from him come fight night?

Nathaniel is a decent striker with some subs off his back. He uses alot of the same techniques. In, out moves etc but really I don’t focus on what he can do or what he’s gonna do because like above, things change so I gotta be able to adapt to the situation. I see him coming out fast then I’ll catch him and put him off and just make it my fight. This is a fight where I can see it going wherever I want it to. I feel stronger in any area and a good win puts me back up there and in the run for the world title .

What can we expect from Conor Cooke that we did not get to see in your last few outings with BAMMA?

Things are different, real different. Last year was a terrible year for me career wise and personal wise. I honestly shouldn’t have fought any fight, my head wasn’t in it. So much going on day in day out I couldn’t train right or even rest proper. I remember walking to the cage when I fought Andy DaVant and just thinking to myself I didn’t want to be here, I just had no drive to fight, but I will never turn down a fight. Then when fighting Paul I was catching him with sharp shots then I started making amateur mistakes, I couldn’t think straight and I paid the price for it.

My mind set wasn’t right, but it’s in the past, time to move on. Now, things have changed, I’m hungry as f@#k, I’ve been to JacksonWink mma in Alberquerque training at something like 3000ft altitude, sharing the mats with some of the best fighters in the world like Jon Jones. Sparring and training with literally world class talent day in day out with amazing coaches. It’s improved my confidence massively, I feel reborn, it’s improved my mindset so much. This moment in time I feel unstoppable!!

What do you know about your opponent Matt Hallam and how do you see yourself making sure you get your 2hand raised against the “Farmer Boy”? 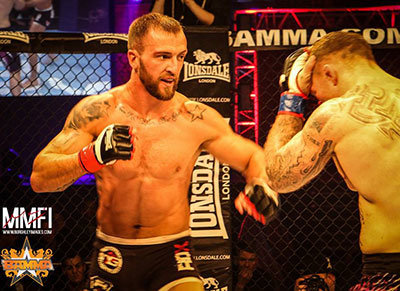 I don’t know much to be honest, and I don’t care. I usually try study my opponents, but not this time. I’ve trained my ass off, I’ve changed a lot of things around to make sure I’m well rested, well fed and we’ll trained for this fight so my opponent is irrelevant. I’m going in for the kill. I’m focused, I’m hungry and I’m on the best form of my life. I can not fail!!

Have you thought much ahead into 2016, what you want/need to achieve and where you will become the end of the year?

I need to win this fight, in my opinion, it’s a must. Once I win this, and once I show finally how good I truly am, I’m chasing after that gold. I know I don’t deserve a shot so soon, but I will do whatever it takes and work as hard as usual to get it. My goal is to get that belt before this year is out, and I will!!!