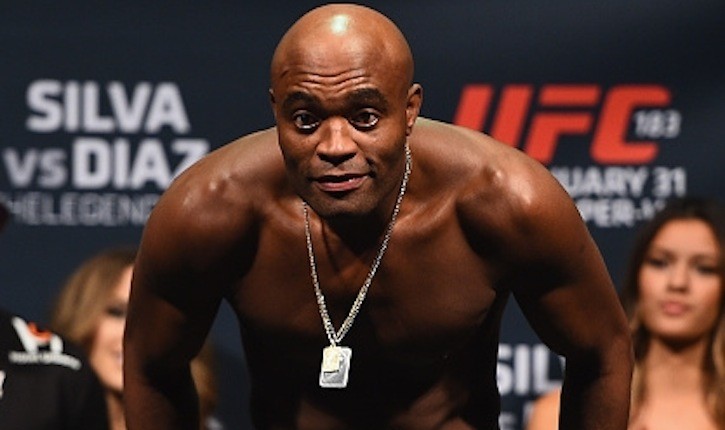 Anderson Silva and Nick Diaz faced off in the main event of UFC 183 this past weekend. A controversial unanimous decision went to the former middleweight champion and arguably the greatest of all time – Silva. There wasn’t much doubt about the winner, but a score of 50-45 raised some eyebrows. Many fans called for the Brazilian to retire after a lacklustre performance.

Few have mentioned the fact that he debatably did a better job against Diaz than Carlos Condit or GSP did. Multiple matchups are available to both fighters after Saturday’s event regardless of the result. With both combatants failing drug tests it’s needless to say that any discussion about the future of both men is futile without inserting the proviso that the upcoming sittings of the Nevada State Athletic Commission will have a bearing on both men’s future contests.

A coaching gig on The Ultimate Fighter Brazil opposite Mauricio Rua was up next for Silva and by all accounts it seems like that plan will go ahead. Regarding a future opponent, it’s anyone’s guess. UFC President Dana White expressed the opinion that a win over Diaz would be enough to land a third fight against middleweight kingpin Chris Weidman on more than one occasion before backing off from that assertion before UFC 183.

The notion is nothing short of ridiculous. Sure, Anderson Silva is one of the greatest of all time. He lost his title to Weidman when he got knocked out whilst showboating before suffering a broken leg in the rematch, but he was being thoroughly dominated by the champion before that gruesome injury took place. Many who see Weidman as a paper champion conveniently forget this fact. 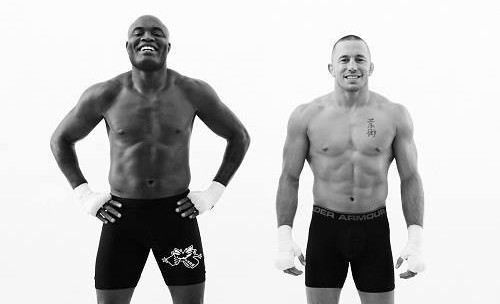 A third fight with Weidman would be a terrible business move which could tarnish the star power of Silva in the likely event that he should get defeated a third time by his usurper. Should Vitor Belfort emerge victorious over Weidman in the interim a title shot for Silva would make more sense? Still, the only fight to make after last weekend has to be Silva vs GSP.

The company needs to embrace the idea of super fights and they almost lost the opportunity to stage this one when Silva got injured. If GSP is interested in returning Dana White and the Fertittas should be doing everything in their power to sell the matchup to him. Whether the prospective matchup has lost an appeal in the wake of Silva’s positive test remains to be seen.

For Diaz, even after a loss, the possibilities are endless. The fact that he tested positive for marijuana metabolites will do little to hurt his fan appeal. It is the third time in his career that he has tested positive for the substance. The Stockton based fighter likes to take time off between fights therefore a suspension seems unlikely to affect his plans. He remains one of the most enigmatic fighters on the UFC roster and has options at both middleweight and welterweight.

A rematch with Condit – to whom Diaz dropped a controversial decision to in a bout for the UFC interim title – whets the appetite. If Diaz wins such a fight it would set things up nicely for a trilogy between the two or give him the chance to fight for the title given the fact he is the owner of a win over welterweight champion Robbie Lawler.

A fight at 185 lb against Michael Bisping is also on the table should “The Count” defeat CB Dollaway at UFC 186 in Canada. Diaz will undoubtedly be in the UFC’s bad books given the fact that he is a repeat offender. Indeed, the promotions statement on his failed test was far less supportive of Diaz than the organization was of Anderson Silva or Jon Jones, which is remarkable given the fact that Silva – according to the tests – was actively cheating and Jones was popped for cocaine.

Diaz actually has a license to smoke Marijuana in his native state of California due to the fact he suffers from ADHD. This does not excuse his behaviour but it perhaps makes it more understandable.

The issue of performance-enhancing drugs in the UFC has raised its ugly head repeatedly over the past year or so. It is unfortunate for the sport but it is largely due to the fact that the testing UFC fighters are subjected to is more rigorous than the majority of professional sports. The likes of the NFL and World Rugby are happy to bury their head in the sand and pretend they are testing their athletes adequately, but that is not the case.

UFC fighters should be derided for using banned substances but it is important that we remember the reason they are being caught is that the testing has come on leaps and bounds. The same cannot be said of many other sports.