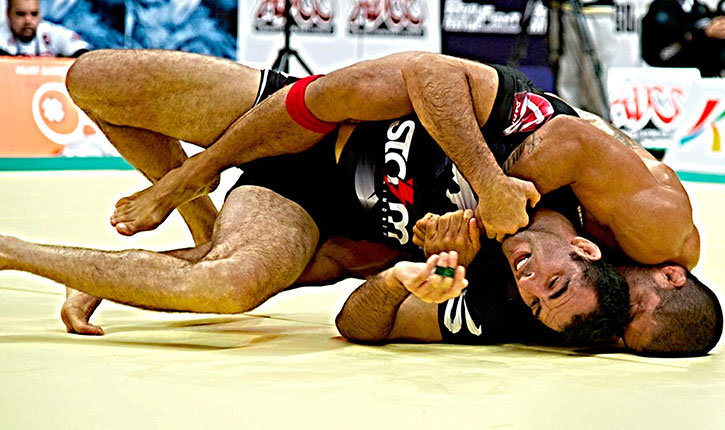 ADCC 2015 BJJ The Winners And Losers

With the most prestigious tournament in grappling making a return home to Rio De Janeiro last weekend. Here’s a look at the results, the winners and losers, and after the dust has settled, what ADCC 2015 means for Jiu-Jitsu. With a number of top stars from the world of MMA as well as Jiu Jitsu’s own superstars. This was one of the most star-studded lineups in the history of the Abu Dhabi Combat Club.

As well as a stud lineup in the official categories, ADCC 2015 also included a couple of intriguing Superfights. With Andre Galvao taking on Roberto ‘Cyborg’ Abreu. And American Top Team’s revered Ricardo Liborio taking on the ‘Zen Machine’ Mario Sperry.

Starting in the over 99KG category, standout names Vinny Magalhaes and Dean Lister. Both kicked things off with submission victories. Magalhaes, who would go on to take the bronze medal submitted Paul Ardila with a heel hook. Following that up with a highlight-reel twister over Xtreme Couture’s Rodrigo Artilheiro.

Lister’s competition would come to an end in the quarter-finals though. After he was decisioned by eventual Gold medallist (and Fabricio Werdum training partner) Orlando Sanchez.

Known as ‘The Cuban Tree Stump’, Sanchez would also decision Magalhaes in the semis. And Oklahoma City’s Jared Dopp in the finals to clinch the Gold medal. The Las Vegas-based Magalhaes took the Bronze with a heel hook submission of Joao Rocha. But would leave Rio without a medal in the Absolute division after a quarter-final loss to Claudio Calasans.

One of the only clear favourites of the weekend, ‘Cobrinha’ retained his title from 2013. Living up to his pre-tournament hype with a series of effective performances. In what is widely regarded as the most technical division in Jiu-Jitsu. Despite the presence of the likes of Augusto Mendes and Jeff Glover. It was Bruno Frazatto who posed the greatest challenge.

Making an impressive run to the final. Frazatto would lose to Cobrinha as he did in back-to-back world finals in 2008 and 2009. Cobrinha, real name Rubens Charles, is one of the top stars in the sport at the moment. And at 36 years old still appears to be at the peak of his powers.

A stacked lineup in the 99KG category featured Joao Assis attempting to defend his title from 2013. Against names such as Hector Lombard, UFC veteran Tom DeBlass and Jiu-Jitsu icon ‘Xande’ Ribeiro. Ribeiro lit the weight class up early on, with an impressive Omoplata victory. In the first round before going on to decision Lombard in the quarter-finals. He would go on to lose on points to the 4-time world champion, and eventual winner Rodolfo Vieira.

The 25-year-old Vieira having an excellent weekend, with two submissions leading to gold in his own weight class. Before going on to pick up bronze in the Absolutes. Despite operating in the very highest of company, Vieira was a level above his rivals and will be looking to take that dominance into his upcoming MMA career.

The 77KG ADCC 2015 division featured two stars from the UFC’s 155lb division, but it was undefeated prospect Gilbert Burns. Twice NoGi world champion that would eventually medal rather than headline act Benson Henderson. ‘Smooth’ was tapped in the first by Abdulkadirov Magomed. A feat he would repeat in the 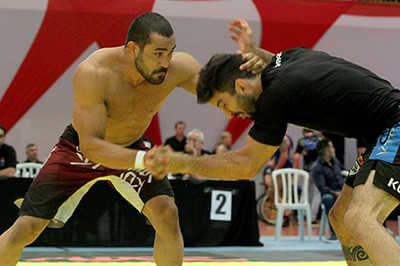 Metamoris favourite and American Jiu Jitsu’s man of the hour Garry Tonon was also on show. The Tom DeBlass Black Belt flashed briefly with a reverse heel hook submission of Dillon Danis. Before going down to Lucas Lepri in the quarter-finals.

In what was one of the more exciting divisions in this year’s ADCC, Davi Ramos took gold with a stunning display. Managing 3 submissions out of 4 including a spectacular flying armbar against Lepri in the final. Ramos is certainly a name to keep your eyes on, as he sets his sights on a call from Joe Silva in the near future.

Yet another regular fixture from Metamoris, Keenan Cornelius was the popular name amidst a murderer’s row in the ADCC 2015 88KG division. As the likes of 5 time world champion Romulo Barral and Carlos Machado Black Belt Rafael Lovato Jr. Who were Gold and Silver respectively in 2013 both failed to medal. 22-year-old Cornelius, one of the fastest rising prospects in the sport followed up his 2013 Bronze with a Silver medal this time out.

It was Yuri Simoes though that would take Gold, with the Ricardo Vieira Black Belt. Continuing to upset the odds after his points win over Barral earlier. A long-odds outsider, Simoes highlighted what for many is the biggest problem with the ADCC-style rules. Without looking particularly exciting. Simoes was never really in trouble and his highly effective, safety-first style neutralised his more illustrious rivals.

In the women’s 60KG ADCC 2015 division, popular American Mackenzie Dern won a highly entertaining division. That was one of the real highlights of the weekend. Daughter of the legendary Royler Gracie Black Belt ‘Megaton’ Dias. Dern’s back-and-forth battle with Brazilian Michelle Nicolini was an excellent advert for the division. And will hopefully catapult Dern to an MMA debut in the near future. For Robert Drysdale Black Belt Nicolini, expect her to try and regain her title from 2013 again in two years’ time.

Despite the excitement of the -60KG division. It was the +60’s that garnered the most attention after the dominant Gabi Garcia was upset by Brown Belt Jessica Oliveira. Known to many after a menacing appearance as an assistant coach on Team Wanderlei on TUF Brazil, Garcia was one of the shortest-odds favourites of the weekend.

back in 2003. Oliveira would lose in the final to Ana Laura Cordeiro. A highly experienced Gracie Barra representative who has returned with a bang after a nasty back injury kept her away from the sport for 4 years back in 2009.

A lacklustre Absolute division was won by Claudio Calasans. With a 40 minute snooze-fest win over Joao Gabriel Rocha in the final. Despite featuring a string of top names including Dean Lister, Vinny Magalhaes and Romulo Barral. It was Calasans who took a surprise Gold and admitted later to Sherdog that he almost didn’t return to compete after his loss to Keenan Cornelius on Saturday. 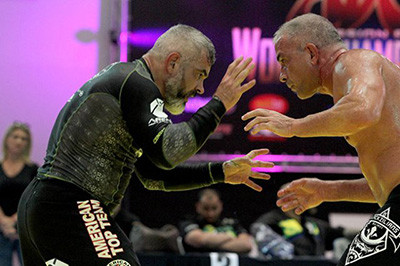 With all eyes on the Superfights, day one saw a showcase match between two of the most iconic names. In the history of Brazil’s illustrious fighting history in Ricardo Liborio and Mario Sperry. Although the bout took place largely on the feet.

The ongoing chess-match in the clinch was stunted by ADCC’s time limit forcing Liborio into action. Two takedown attempts by the man from American Top Team in the closing stages probably clinched the win, as Liborio got the judges nod.

Sunday’s Superfight was as one-sided as Saturday’s was close. Andre Galvao scored numerous takedowns on opponent Roberto ‘Cyborg’ Abreu and spent many minutes working for a rear-naked choke on his opponent to clinch a comfortable points victory.

Abreu earned the chance with a great victory in the Absolute class in 2013. But was unable to overcome his predecessor as the 2011 Absolute champion remains in the Superfight for 2017. With this win and his submission victory over Braulio Estima in 2013. Galvao will look to make it three in a row when he takes Claudio Calasans in two years’ time.