10 FIGHTS TO SHOW TO A NON-FIGHT FANs

We all know that one person. “It’s too brutal”, “what’s with all the hugging?”, “they’re just people who couldn’t get to the top in their individual disciplines” (someone actually said this to me once). Whatever the reason provided, they just don’t get the fight game. Well, I believe that MMA is the purest form of competition and a kaleidoscopic lens through which to view character, and in turn, life.

I’ve put together a list of fights you can show to your unbelieving friend to coax them over to the light side. Or if you are that person and you just can’t wrap your head around it, hopefully, these few bouts will shed some light on the merits of this wacky and wonderful sport.

Note: this isn’t a list of the best fights ever, but more a collection of fights demonstrating the various aspects of the sport that inspire us to keep coming back, and put the “art” in “mixed martial arts”.

All fights are available on UFC Fight Pass 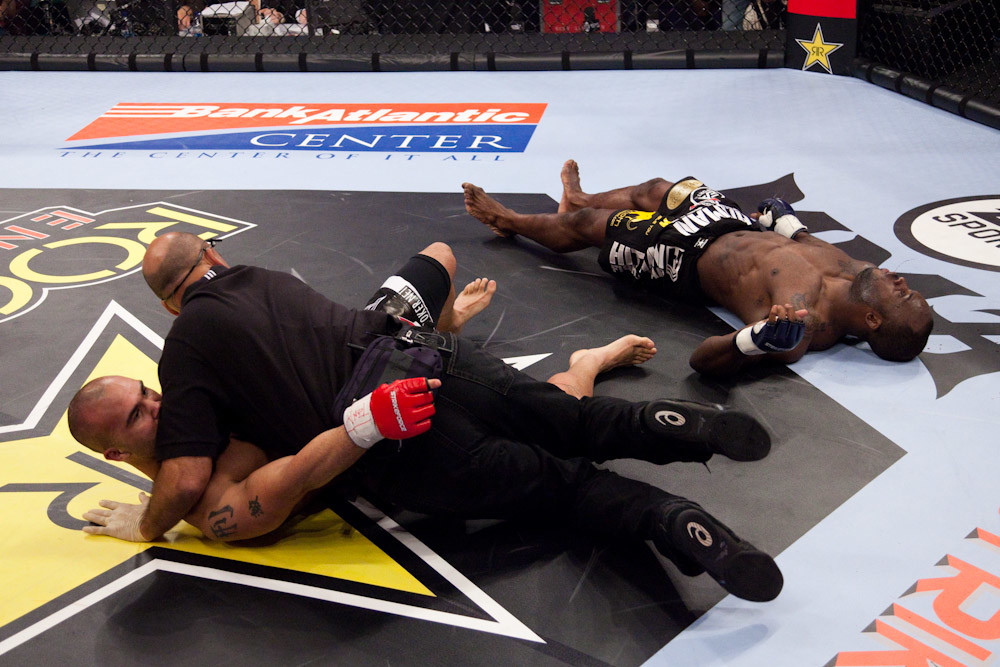 One of the great comeback flash knockouts of all time. To put it bluntly, Lawler was getting his arse handed to him for a good three minutes. Out struck at every instance, and with his leg being torn to pieces, “the Ruthless One” through a gambit of a right overhand and knocked Manhoef out cold.

The enthusiasm of commentator Mauro Ranallo goes a long way to cement this a classic moment in MMA. No sport is more dynamic, with countless options presented to the fighters at any given moment. This proves that you really never know when something special is about to happen, and any fight can light the arena up. 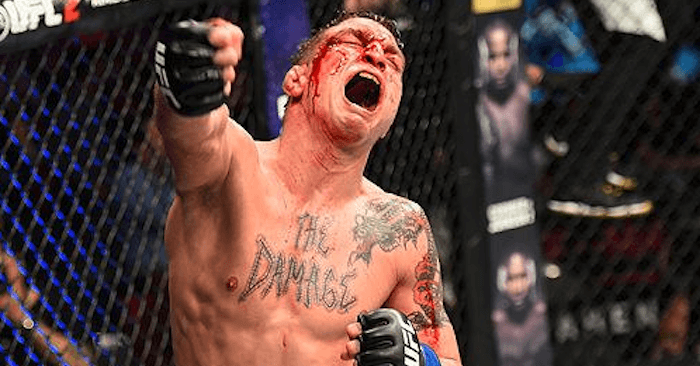 I could do an entire article on Darren Elkins, but this fight does a good job of summing him up. Mirsad Bektic was younger and technically better than Elkins in every area, and as such was dominating the man from Hobart, Indiana for two and a half rounds.

They don’t call Elkins “The Damage” for nothing though – he wears it better than anyone and was able to rally late in the third to knock Bektic out to the thunderous ovation of the Vegas crowd.

There is no gutsier man in sports than Elkins if he even is a mortal man. He’s all heart and he consistently comes back from one-sided beatings to get the win. Listen to his guttural roar after this bout to see the true spirit of a fighter. Elkins is the man, and I can’t wait to see him fight again.

Also, I’m becoming increasingly suspicious that the chest tattoo is, in fact, the source of his powers. 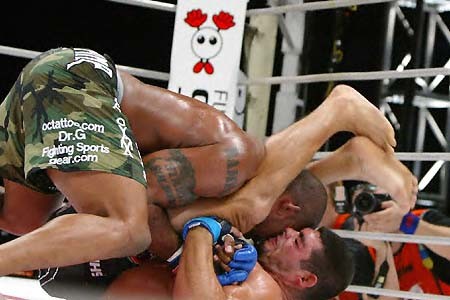 Here we have an example of what can happen when you commit too much to your grappling. Arona is a truly incredible grappler, with credentials in the submission arts too numerous to begin mentioning here. Suffice to say, he attempted to rely on his mastery of the ground to submit Rampage.

He came close, but close only counts in horseshoes and hand grenades. After locking in a tight triangle choke, Jackson decided to forgo any technical escapes he may have learnt in training, and pick Arona up and drive his skull through the centre of the Earth. He didn’t quite go that far, but Ricardo was out cold.

For anyone who might claim grappling is the lesser half of the MMA equation, I put to you that it is, in fact, the most dynamic. When you add grappling to a fight, the number of outcomes and possibilities becomes nearly endless, as you can see here.

What was perhaps becoming a “boring” encounter, with Rampage sat in Arona’s guard, erupted into one of the most memorable finishes in the sport’s history. This is the power of grappling, and I’ll take a bit of wall and stall or lay and pray any day if we get moments like this. 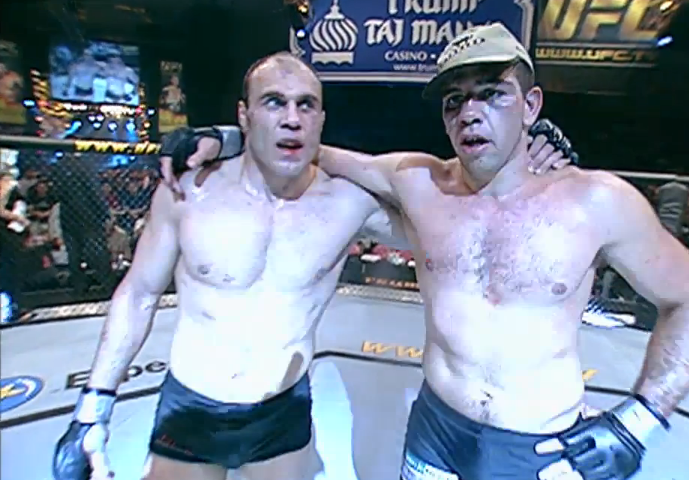 Pedro Rizzo kicks hard. Like, really hard. There was a moment in the second round here where “the Rock” kicked Couture in the ribs as he was coming in for a takedown, folding him over like paper. That moment served as a microcosm of the fight as a whole.

Pedro attempted to use his explosive striking to keep the Greco-Roman wrestler at bay, with Couture doing his best to weather the storm and secure enough control time to take the fight, which he did, albeit narrowly.

This back and forth functions as a vertical slice of the sport, showing two specialists paying for their individual deficits. Both men would develop, but Couture would be the one to become the more complete competitor. Compare this performance to his Heavyweight title victory against Tim Sylvia six years later. It’s like night and day; a true growth arc of an athlete. 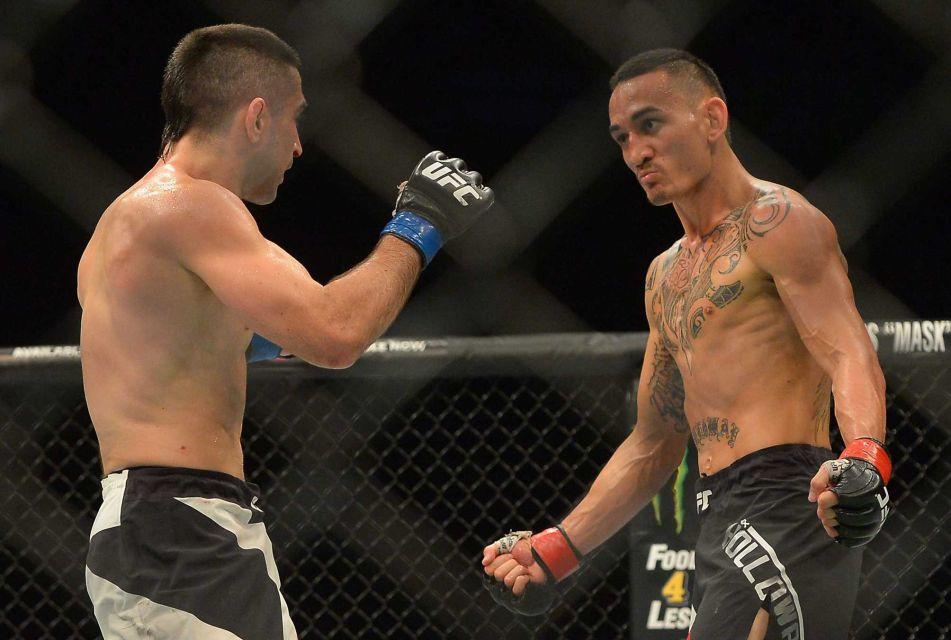 This is one of the best fights ever, solely owing to its final ten seconds. The majority of the fifteen-minute run time saw a fairly dominant and technical corralling of Lamas by Holloway.

Being young, brash, and apparently not content with an unremarkable day at the office, Max threw down the gauntlet. The final ten-second clapper sounded, and he stepped into the centre of the octagon, then pointed to the ground. Lamas somehow knew exactly what Holloway was getting at, and the pair proceeded to swing their arms at each other like a couple of wacky waving inflatable tube men.

It’s difficult to even now – after so many viewings – not to feel a rush when watching it, with the crowd going nuts. What I find so interesting about this exchange, beyond the hedonistic extravagance of it all, is the ten-second look we get into the soul of two true fighters. Lamas didn’t hesitate when Max pointed to the ground. He knew what was about to happen.

These fighters, they speak a language we don’t understand – couldn’t possibly understand – with their fists and blood and sweat. Holloway was in a comfortable lead on the scorecards but elected to risk his chin for the sheer joy of it. To fight a man toe to toe, hell for leather, and to create magic.

So, that’s the end of part 1. Return soon for part 2, where we look at some more amazing fights.